Nice review at the Founder of the Day website: “I recently read White Pine, and it is one of the most unique perspectives on American history I have ever encountered. I highly recommend you pick it up.”

Another good one. The literary blog One Guy’s Book Club called White Pine “the perfect blend of history and nature.”

Great review in the Maine Sunday Telegram. Maine’s paper of record called the pine book: “one of our favorites” among a list of newish titles by a bunch of luminaries, including Rachel Carson, Alan Lightman, and Bernd Heinrich. Also wrote: “Vietze is a fluid and entertaining writer; this history lesson feels like anything but. This is the perfect book to read in August while sitting on a deck in the Maine woods. . . ”

Reviews are coming in for the new pine book:

The roots of the eastern white pine run deep, literally and figuratively — the mighty tree has triggered rebellions, generated fortunes, and ignited the battle for national independence. Andrew Vietze has created a unique view of American history, one that’s beautifully written, lucid and detailed and fascinating throughout.

—Michael Finkel, author of the New York Times bestseller, The Stranger in the Woods.

The white pine is one of the great McGuffins of history, a forgotten prime mover in the creation of both New England and the United States. Now Andrew Vietze has placed that noble tree where it belongs, as a focal point of our national story. White Pine is good history written in a refreshing, breezy style, surprising, illuminating, and informed.

Andrew Vietze gives the eastern white pine the Kurlansky treatment with this meticulous and affectionate exploration of how the commonplace conifer has shaped (and continues to shape) New England. No silvicultural slog, it’s a sweeping and surprisingly lively tribute to the trees that became the struts — and the symbols — of a rambunctious young nation. And it’ll renew your appreciation for what’s left of our once-great eastern woodlands.

Award-winning author Andrew Vietze’s White Pine: American History and the Tree that Made a Nation is a gripping ride through a history of exploitation, power, and oppression rife with monarchies and massacres, diseases and deceits, rebels and the good fight. It’s the story of hardworking, independent people as singular and proud as their chosen totem, the mighty yet modest white pine.

As a Registered Maine Guide, park ranger, and lifelong devotee of the outdoors, author Vietze knows of what he writes. When he claims that Pinus strobus is the tree that shaped America, settle in, you’re in good hands. Vietze’s engaging language brings this bold history to life: You see the bite of the ax, smell the musket fire, witness the great log drives, hear wind grazing the lofty heights of the white pine, still standing today. White Pine is the noble saga Hollywood only wishes it could conjure.

Two months till publication and the Pine book is the number one new release in the hotly contested Trees and Biological Sciences category!

New cover and title for the epic pine book. . .

Long-awaited new book is up for preorder on Amazon! Original cover.

Cool day when you make it into the dictionary (Merriam-Webster, since 1828), scroll down for usage of the word aesthetics, and the Sierra Club Book Club selects your work for discussion. . .

New kid’s book has a cover: 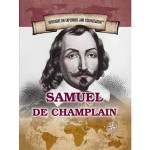 Just shipped another new children’s title for Rosen, this one about famed Chinese explorer Zheng He. Due out later this year.

Interesting new roundup of favorite TR books by TR writers at Signature Reads. Had to include my boy Sewall.

Hot piece in the new Down East. Read it here.

New interview on Portland’s NBC affiliate for a series about Maine mysteries. Find it here.

Prepping for a trip to Cape Canaveral to do a scriptwriting project for the Kennedy Space Center. Excited to be working with the great Q Media once again!

Just shipped the next book – another kids title for Rosen – about the legendary explorer Samuel de Champlain. Look for it early next year.

The Travel Channel episode featuring Boon Island is now available to rent at Amazon. (I had cellulitis of the nose during filming, and there are several plot elements that are not quite right, but “Monumental Mysteries” (Season 2, Episode 3) gave it a good go.

Wrote a web exclusive about the Wounded Warrior Project for AMC Outdoors that just came out – held up by scandal. Read it here.

Began shooting – at least it was my first day – on the documentary about Merrymeeting Bay that I’m scripting for filmmaker Mark Ireland of MI Media. Visited the old Scots-Irish community of Cork on the Eastern River in Dresden, which was wiped out by native raids in the early eighteenth century.

New piece in AMC Outdoors out now. Read it here.

I’m in the Smithsonian! Actually, just part of the fabled institution’s recommended reading list on its travel website. But I’ll take it.

Just finished writing a book for kids about everybody’s favorite Mongol, Kublai Khan, for Rosen of NYC. Due out later this year!

Honored to be asked to speak about Theodore Roosevelt by the National Park Service as part of their centennial celebrations. I’ll be at his old place in Oyster Bay, now Sagamore Hill National Historic Site, in August.